Ibizans Aritz Rodríguez and Susana Sevillano have prevailed in the ninth edition of the Illa de Formentera Triathlon, held today in es Pujols. Rodríguez has also done so, setting a new record for the event, with a time of 2h03’02”, improving by 27” the record held by Roger Serrano since 2017. In the shortest distance, the Sprint mode, the best have been Vicent Ginestar from Alicante, who has also set a new race record with a time of 1h01’42”, and Belén Leal Mora, both runners from Ondara-Tri Esports. Es Pujols has once again hosted a new edition of the Formentera Triathlon, in the Sprint and Olympic modalities, a test that has become consolidated in the national triathlon calendar and that in this edition has brought together 320 local athletes, national and international.

The competition began with the Triathlon dispute in the Sprint mode, in which the athletes had to run 750 meters in the water, 20 kilometers by bike and 5 kilometers on foot. In men, Vicent Ginestar has already dominated the race from the swimming sector and little by little he has increased his advantage until he entered the finish line almost four minutes ahead of the second, who was Pavel Lillo (1h05’26”) . Jesús Calvo entered third position, with a time of 1:06:30”. The women’s event has been more even, in which Belén Leal has finally prevailed, beating Nuria Vergara (AD Ibiza), who has made a mark of 1h16’38”, and Romina Ros (1h17’33”). By teams, the victory went to Juan José Torres and Antonio Pérez.

Then the Olympic distance modality (1,500 meters swimming, 40 kilometers cycling and 10 kilometers running) was disputed. In men, the test has been even until the third sector, with four runners in the lead: Aritz Rodríguez, Javier Cardona, Ismael Parrilla, winner last year, and Luis Ashley Iban Baker. The four have started the last 10 kilometers separated by just 30”, but Aritz has destroyed all his rivals in that final stretch, imposing a pace that has been impossible for the rest to follow, until setting a new race record . Second and third were, respectively, Javier Cardona (AD Ibiza) with a time of 2h07’28” and last year’s winner Ismael Parrilla (2h11’27”).

In women, the podium was taken by the athletes of AD Ibiza, after a nice duel between Susana Sevillano and Indre Barkute, who have alternated in the lead of the test, until in the sector on foot, Sevillano has imposed his rhythm and has surpassed her teammate with less than a minute difference. Barkute crossed the finish line with a time of 2h24’49” and third was the AD Ibiza athlete Maria Victoria Abrate, with a time of 2h34’11”.

Once again this year, the test has had the institutional support of the Consell de Formentera, whose president Ana Juan has given the start to the athletes participating in the Sprint modality, and the Balearic Government, through the Tourism Strategy Agency (AETIB), in addition to Trasmapi as the main sponsor and numerous collaborators who have made it possible for Formentera to once again demonstrate its full potential for hosting sporting events. 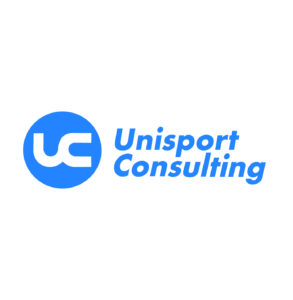